Rest weeks. So, that was the idea after Ironman Zurich. But then I got a question by Magnus Carlsson if I wanted to run Öloppet with him. The sprint that was, 20 kilometres of running, and 2.6 km of swimming. I was up for it, but had to consider and reconcile with the wife. We were, after all, going away the day before. But we wouldn’t sleep over, and I accepted.

But swim-run, I was aware of the concept, but not how it went into more detail. So I sat one evening in front of the computer and studied. In particular, there was a very good post on Icebugs page, http://icebug.com/se/swimrun/. It turned out later that it was Magnus who wrote this.

I did not want to cut off my wetsuit, and I knew I would not be ready to run in my full suit , so I did a quick order of a shorty outfit online. There are not so many models of swim-run outfits, and those are pretty expensive, so I settled on this model: http://www.seapro.se/sv/artiklar/vatdrakt-shorty-limax-herr-3.html. Fast delivery, I received it on Wednesday after being ordered on Tuesday, and on Thursday I thought to test the equipment. Had decided to run without paddles and car body repair, then it went slower when I tested in pool.

And what a feeling! just being able to throw himself into the water, swim a little, running up on the other side and continue run! Sure, it was a little cumbersome at run in wet suit, but it was still ok. Ran a short pass in the surtsjön. 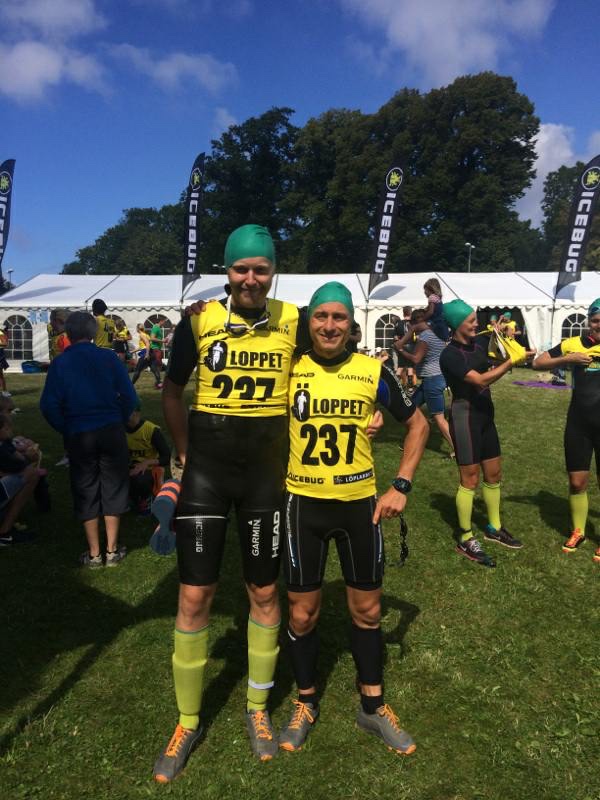 So it was time to start! Me and Magnus had decided that we would see this as a fun thing, and not press too hard on the run. I hadrest week, and did little or none training before. Only a few small workout to keep running the body a bit.

10:00 and the race was on. We placed ourselves somewhere in the middle of the field, among the other 250 teams in the Sprint. But it was hard to hold back as much on the initial races down to the water like the other teams, so we ran up some places before it was time for the first swim. 620 metres from Styrsö to St. Mosskullen.

And at swimming, we are about as good, or bad, on. I put myself first, and then came Magnus on my feet with paddles and floater. I put myself a little to the left of the rest of the field to get some free water, and the swim went quite well, although it did not go particularly fast, so 12:30 later, we were able to step up and run. Or so we thought … Crowded on the cliffs above, and no ability to pass made us walk more than run. It wasn’t until we got to Köpstadsö that we could run on a bit, and then we took a wrong turn ….

I had written down all the distances we would run/swim on my arm, in order to keep track of whether it was worth taking off our swimming caps or not, and it wasn’t until we came to Brännö as it really was worth removing the caps. 6 km running with only two short water passages as we waded through. 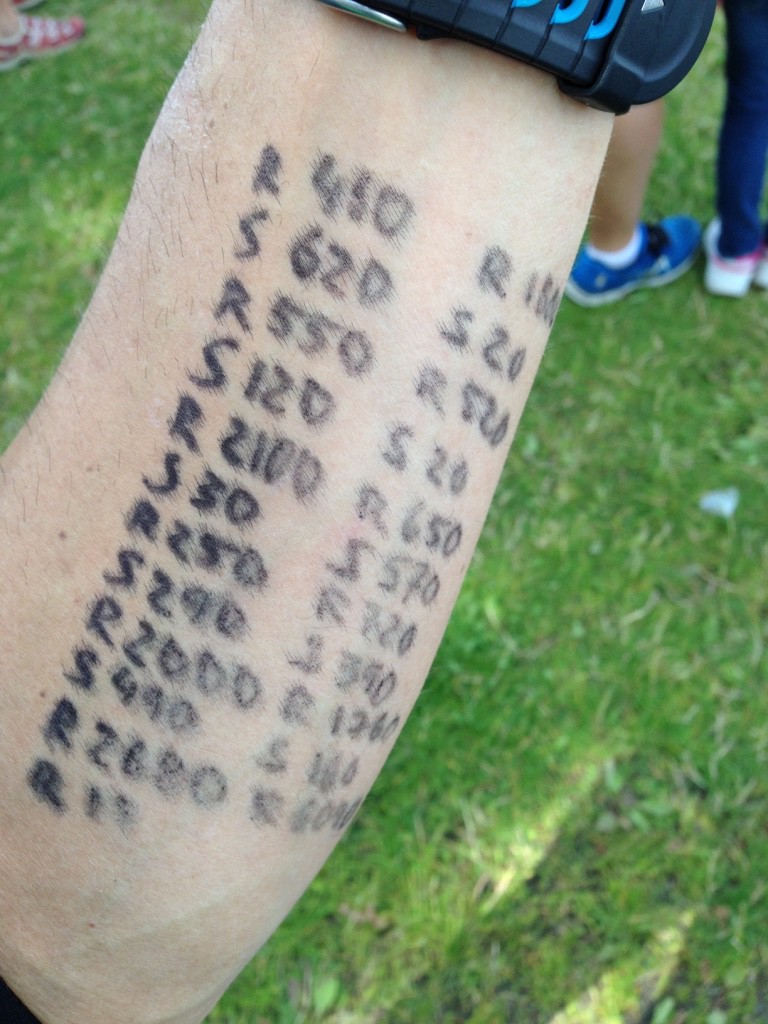 Swimming had gone well so far. Small, short and, in some cases, muddy banks distances in calm water. No jellyfish or waves to speak of. But after krokholmen we would take us 570 metres to the Känsö, and here it was more high seas. Bigger waves and deeper water.

I found it difficult to stay the course, and when I checked back, Magnus had left my feet. I was waiting for him a few times, but with 50 meters left I swam on. 16 minutes took the route, and even though it was 50 metres shorter than the initial swimming, we were over 4 minutes slower. Magnus had trouble in the waves, and now the jellyfish had also begun to show itself.

But the team that had past us in swimming we outrun on the Islands in between. Magnus kept up the speed on trails and gravel roads, and I on the stones and rocks.

Two swims in the same hard conditions and then we were arriving on Styrsö again. Now waited over 6 kilometres of running before the finish. Magnus had a lot of energy, but my legs didn’t want to really keep up before I got the heat up. But after a couple of kilometers in 4:30 speed, I started getting the heat up, and the last few kilometers we could press the speed closer to 4 minutes per kilometer. We could pass som more teams, and as the finish line approached, we put on a final sprint. 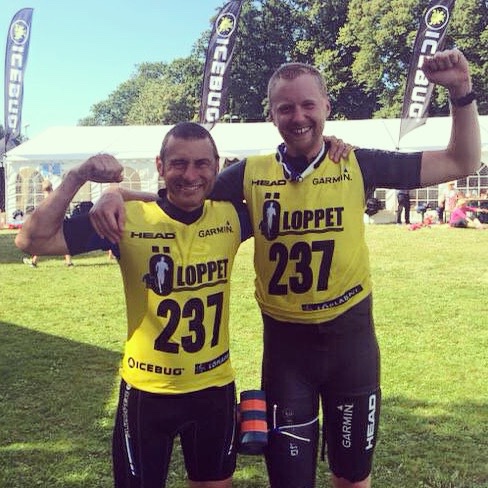 We had no idea what place we finished in, but were very happy with the race overall. Under 3 hours in total time was good for a swim-run debut, and we placed in 12th place in the men’s class and 19th in total by all teams, which is perfectly ok.

It was, after all, the experience which was the main focus, time and the placings were completely secondary this time. But it left me wanting more! Although I am lousy at swimming, it’s a fantastic feeling to be able to throw myself into the sea and get to where you want. The body becomes the vessel so to speak.

So this am I going to do again, thanks Magnus for taking me with you on this adventure!

Here are the official results:
http://oeloppet.r.mikatiming.de/2015/?pid=list

And here is the link to activity at garmin connect:
https://connect.garmin.com/modern/activity/853309884