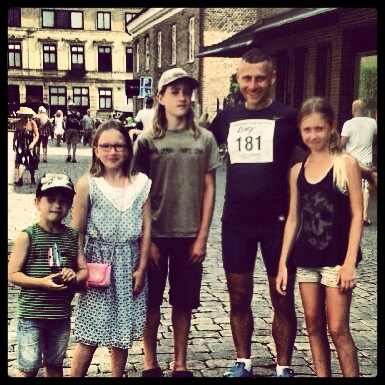 My second mile race in 40 minutes! Falkenberg's city race in 30-degree heat and Thunder in the air. Here is a link to the race on garmin connect: http://connect.garmin.com/activity/549856670

For the first time, it was the whole family and watch as I ran, and it was incredibly inspiring! At the same time I knew that we had decided that we would go out and eat at a restaurant in Falkenberg after the race, so it was best not to suffer the same running stomach that I got last year:)

This year, however, I had the wrist unit to help. I knew that I just had to keep me under the threshold heart rate during the first half, and just over in the second half it would be quiet. Then the time and location it it becomes.

The feeling afterward was really good, and I recovered quickly. A quick chat with race 2: (a) in the locker room, then rushed me to the family dinner.

The upload before the race has not been optimal, I have felt rubbery in the legs after vätternrundan. It has as well been no power there, it felt like. Sure, I've been able to work out at pretty good, but it has taken 10-30 minutes before I felt that I have been able to run on. Km times have surely been ok, so that's the most sense is missing. That light feeling, when you feel you can run at the speed at any time.

Now I have been quite hard to get your heart rate up, both on entry passes and bike passes, and it has felt as if my lactate threshold has been 10 strokes under my threshold measured in the last month. But I still put people on 5 km on the course on Wednesday, and since then I've rested. If you count 8 hours a day for two days in the water park at the Skara sommarland amusement park as the rest … 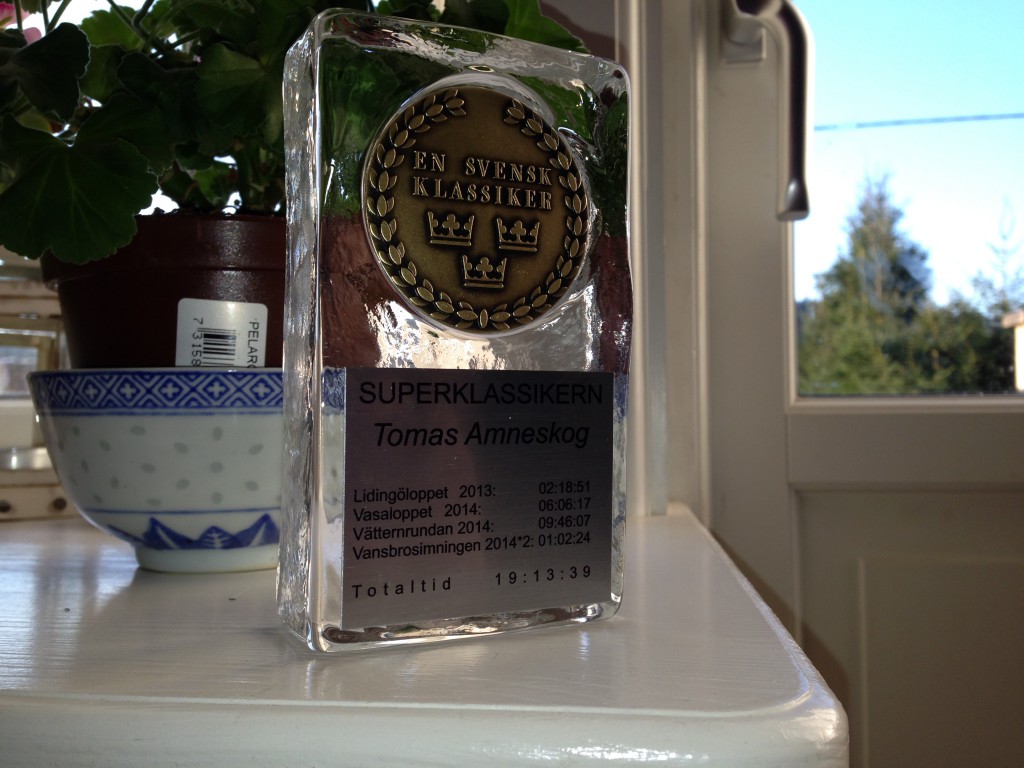 19 hours 13 minutes and 39 seconds. How long did it take for me to carry out my other classics, and fix superklassikern!

Latest race was Vansbrosimmningen. A little anticlimactic when the organizers had decided to shorten the race to 1500 m, when there were just 13 degrees in the water. I went up in the car on Friday afternoon, was arriving in Vansbro 17:30, and went directly to the pizzeria to eat and watch football after I had taken out my Starter Kit.

I found a good parking spot fairly close to the target area, so I had to pull the curtains and curl up in the back seat and try to sleep. Before a race, you like that, and to sleep in a hot car with a swimming party outside in the parking lot not.

Once in place down at the start, I decided to ignore the nose clip. It works when you swim by yourself, but now would it be full of others, and I would not turn in myself too much. CJ met down at the start. He started 10:30 in Group 3.

15 minutes later, it was my turn to jump in. After almost 1 hour in blazing sun, it was actually quite nice to get in the water. But the shortened course was much narrower, so it was legs and arms all over the place. But downstream it went anyway to choose their own path, and I crawled away.

It went well in Vanån, but when we turned up to the Västerälven, so it became suddenly more narrow again. The current was quite strong, and the water was colder. I'm not a good enough swimmer to be able to go out in motströmmen pass brästsimmarna which was closest to the bridge. I did a couple of tries, but then it got to be into line and swim breaststroke up towards the goal. I could pass a and other swimmers when there was a gap, but usually took it stop.

I headed in goals in 31:12. A time that was slower than last year's 59 minutes if one doubles it. On the other hand, should the swimming has been better this year, then the half man stroking was downstream. 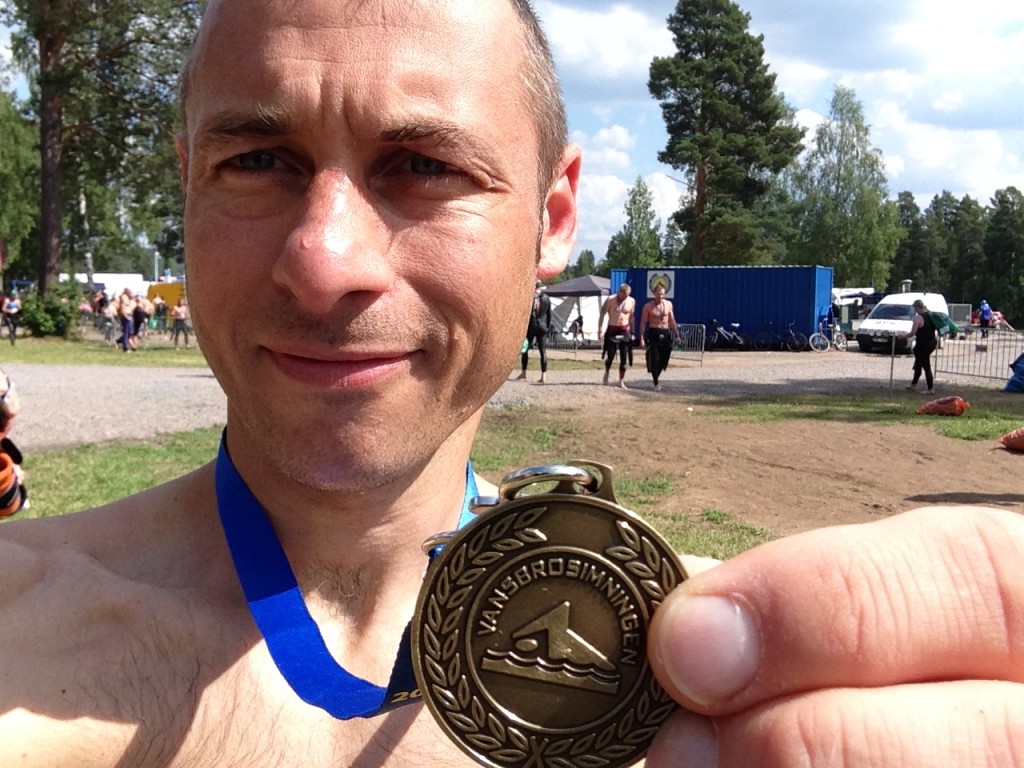 Even less tired than last year, so I stuck out and ran an interval workout before I dushade of me and got something in my stomach. So when I sat in the car for driving the 5 hours and 42 miles back, so I was atleast a little tired.