So it was time for midnattsloppet again, for the 4th time in order. It has become a bit of a tradition to go out in the night and run the 10 kilometres around majorna with start and finish in Slottsskogen. This year the weather was with us as well, around 20 degrees, no wind and very clear.

For the first time in a long time I ignored completely in to make any race-preparations. I'm in the middle of a racing weight quickstart, i.e. building training with calorie deficit. Less carbs, more protein. Easy running, strength training and a lot of that on an empty stomach and water. Despite this I have gained 3 kg in the past week. The body has become accustomed to the deficit, and gone into sleep mode again. I will reduce the calorie plan from 2000 to 1500 cal/day, and see if it goes in the right direction again.

Anyways, my legs felt like logs when it was time to start, but I know it will fix itself after a while despite how it feels at the start. So when the starting gun went off 21:30 I put away in the regular racefart. It felt as if it was not especially fast, but the first kilometer was completed at 3:37, and when I checked the final results, I was in place 52.

Then it became a little more uphill, but I was able to keep the momentum over the first 3 kilometres. It was not until around the 5k marking I was beginning to feel really tired. I lay and pushed myself 5 beats over the lactate threshold on the uphill slopes, and not very much lower on descents. My pulse was just around the 160 mark, but I was passed by runners at all times.

And then it was time for the ascent up to masthuggskyrkan. To have any chance and not go straight into the wall, I checked the pulse all the time. But I lost time, and this kilometers was the slowest of the entire race, 4:31.

But when you come up on top, you know that you reach the finish very soon, and just dash downhill. Last mile to slottsskogen was cruel, with climbs almost as hard as up against masthuggskyrkan. It didn't go fast here, and when I arrived at the finish line I saw that the clock had just passed 40 minutes. I thought I had an eye on the time, but it turned out as usual to the track was almost 200 metres further than my watch told me, and there went my sub40 time.

Nevertheless, I am still right happy with being able to press so hard in the middle of a heavy training period. And even if I didn't better the time from last year, the position was some snaps up. The end time was 40:8, and 90:th place.

But this was the last time I ran a 10k race in over 40 minutes. It is time to raise the minimum level a notch in the autumn, with harder intervals. 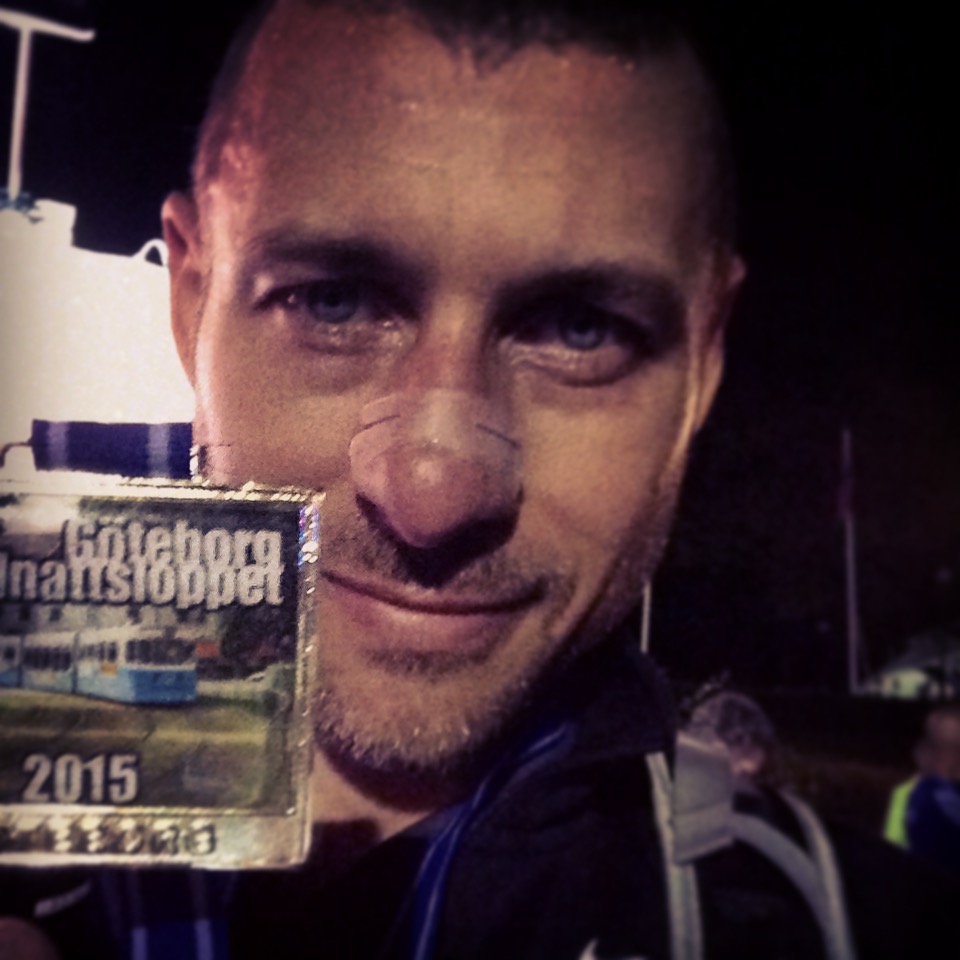